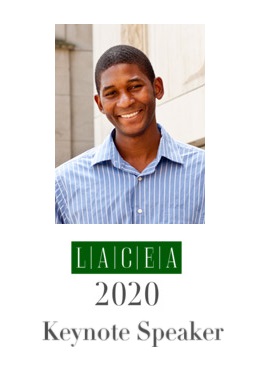 Kirabo Jackson, a labor economist who studies education and social policy issues, is professor of human development and social policy at Northwestern University. He earned his bachelor’s degree in ethics, politics, and economics from Yale University in 1998 and his doctorate in economics from Harvard University in 2007. He was assistant professor in the department of labor economics at Cornell University between 2007 and 2010 and then moved to Northwestern where he subsequently earned tenure in 2012. He was promoted to full professor in 2017.

Jackson has analyzed several important aspects of education policy such as the importance of public school funding on student outcomes through adulthood, the effects of college-preparatory programs on students’ college and labor market outcomes, the effects of educational tracking on students’ academic achievement, and the effects of single-sex education on students’ academic performance. However, the bulk of Jackson’s work has focused on better understanding teacher labor markets. Jackson’s extensive work on teachers analyzes the role of peer learning in teacher effectiveness, how student demographics directly affect the distribution of teacher quality across schools, how a teacher’s effectiveness depends on the schooling context within which they operate, how best to measure teacher quality, and other related topics.

Jackson’s scholarly articles have appeared in leading economics journals such as the Quarterly Journal of Economics, the Journal of Political Economy, the American Economic Journal, the Review of Economics and Statistics, the Journal of Labor Economics and the Journal of Human Resources. His research has been featured in a number of mainstream media outlets, including The New York Times, The Wall Street Journal, The Washington Post and others. In 2016 and 2017, Jackson was listed among the top university-based scholars who are doing the most to influence educational policy and practice by Education Week. Jackson’s work has been supported by the National Science Foundation, the Spencer Foundation, the Carnegie Corporation of New York, the Smith Richardson Foundation and other organizations. Currently, Jackson serves as an editor of the Journal of Human Resources, serves on the Committee on the Status of Minority Groups in the Economics Profession at the American Economic Association, and he is a research associate at the National Bureau of Economic Research.